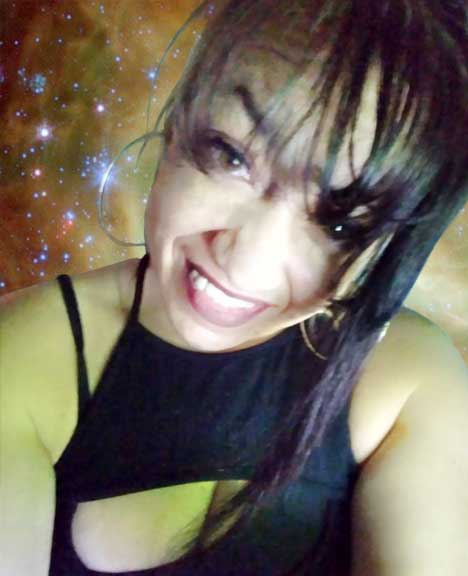 Maritza was one of the most popular readers at Original Products in the Bronx; she reads the Spanish “Gypsy” playing cards and is known for her upbeat personality and reading style.

She grew up in the Bronx in a Puerto Rican family that used the playing cards to divine the future.

Spanish playing cards are cross between the tarot and a regular deck of cards; the deck has wands, cups, coins and swords, and pictures, like the tarot, but does not have a major arcana.  The deck dates back to Moorish Spain.

Maritza is a gifted reader who intuitively knows the significance of the cards. “When I tune in during a reading, it is like opening a book,” she says. “I see images and get the messages that I am meant to tell the client.”

Maritza can also recommend a candle and bath for a client with a specific issue.  Spiritual work is part of her reading style.

She tells the story of one client who came to see her, who was about to lose his apartment and had a serious court case against him.  She did the reading and advised him to buy a specific candle at a botanica and burn it for seven days.

“Within the week, his court case was resolved and he was able to keep his apartment,” she says.  “He was crying when he told me.”

She says that these types of readings have become commonplace for her.

“Honestly, I am just a very positive person,” she says. “I tell the client what the cards say and then given them a spiritual working to change their situation for the better.”