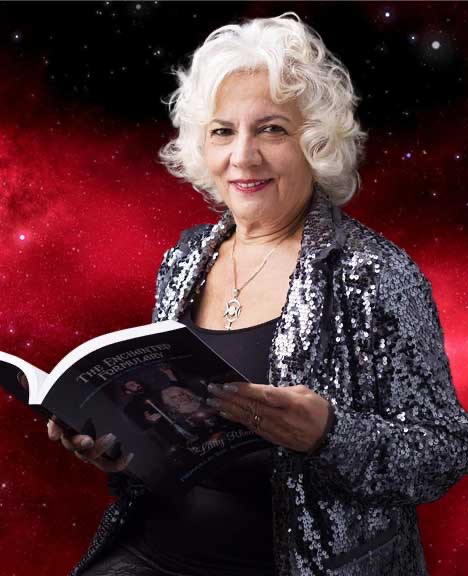 Lady Rhea is affectionately known as the Witch Queen of New York City. She has been an icon in the NYC magickal community for more than 40 years.

She is the High Priestess and elder in the New York Coven of Witches as well as the Minoan Sisterhood. She has initiated and mentored generations of young witches in the city.

She began her magickal career while a young girl growing up in the Bronx. She began reading playing cards when she was 12 and also using a Ouija board for divination.

“I wanted to be a Gypsy card reader,” she said. “At that time there were not many card readers, except for the Spanish readers, who would usually read in the basement of buildings.”
Her spiritual quest took to 300 Henry Street in Brooklyn Heights, home of the famed Warlock Shop, owned by the late Herman Slater. It was there she had a meeting that would change the course of her life – she met the late high priest Eddie Buczynski, the founder of Welsh Traditionalist Witchcraft and the Minoan Brotherhood.

“I was enchanted by him and used to follow him around like a little puppy dog,” she says. Bucczynski initiated her into Welsh tradition and began her magickal training. Together, along with Carole Bulzone, they formed the Minoan tradition, which allowed for same-sex magical partners to lead rituals, opening up coven work to gay and lesbian witches.

Rhea later worked at the Magickal Childe when Slater moved his operation from Brooklyn to 35 West 19th Street in Manhattan.

It was at the Magickal Childe that Lady Rhea first created the “Enchanted Candle,” a pull-out seven day candle that is dressed with specific oils, magickal sigils and glitter to achieve a specific goal, like finding a job or a new romance. She published The Enchanted Candle and Enchanted Formulary, of her magickal oil blends.

Her style of candle carving has inspired other books and has become a uniquely New York magickal practice.

Lady Rhea and Carole Bulzone left the Magickal Childe in 1982 to open Enchantments on Ninth Street in the East Village. She sold her half of Enchantments in 1987 to pursue motherhood, but eventually opened Magickal Realms in the Bronx and also was affiliated with Original Products for a number of years, managing their readers.

Her own spiritual can be described as eclectic; in addition to witchcraft, she has initiations in Tibetan Buddhism, is a devotee of Santa Muerte and works with a large pantheon of deities, including Hindu, as well as the Orishas.

“New York is a melting pot, with many magickal tradition,” she says. “We share and learn from each other. It is what makes New York unique. In the end, the Earth is our mother and the witch is her voice.”

Rhea is a highly-sought-after reader, using both tarot and her own intuition to guide a client. Her readings are magickal. Often times positive shifts will occur in the client’s life shortly after the reading.