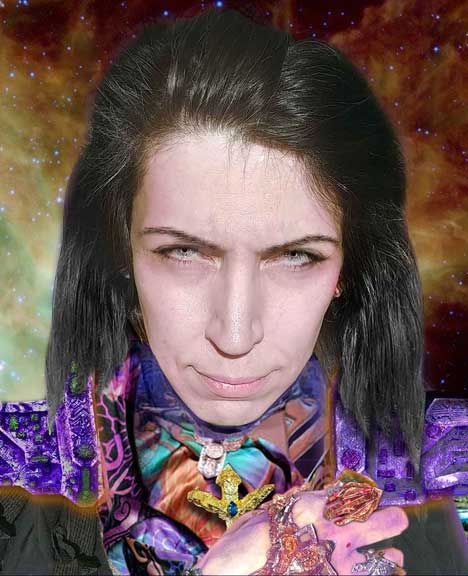 Zeal draws upon the ancient Runes, ancient Egypt – and even Atlantean energy – during the course of a reading.

“Based upon the reading, every client gets their own personalized ancient Norse mantra,” Zeal says. “I also gave them an appropriate Norse Yoga pose, as well as colors to wear in order to manifest their dreams.”

Zeal does a “three-tier Rune reading,” in which he provides guidance to a client, to see what the outcome will be if they follow a certain course of action.  He also does birth path readings, which he says can determine the past life of a client, along with guidance for actions to create a better incarnation in the future.

“Oftentimes I get information from the ideal reality of that client,” says Zeal. “The client may not have thought of a course of action I give them, because they are not in touch with this reality.”

Zeal was a precocious child. At age 9 he began reading tarot and was performing seances for his friends at 10.

Zeal said that in high school he began an interest in Runes – divinating and doing magic with the 24 letters of the ancient Germanic/Norse Runic alphabet. “Runic magic is very powerful,” he says.  “You can actually change your reality through chanting old Norse mantras.”

For many years, Zeal worked with the Edgar Cayce Center in NYC, teaching Runes and giving Runic divinations. He is also a mainstay at the New Life Expo.

Zeal is also known for spiritual jewelry, as well as his spiritual clothing line and sound healing instruments. He spent months in New York’s diamond district to learn the art of ring and necklace design. He says that every item that he makes is magical and is specifically tailored for the client.  He claims that many of his ideas are channeled from the past, the future – and from other worlds.

“My goal is to transform the lives of people,” he says.  “I give people advice that they may have never considered before because I can see their ideal self.”