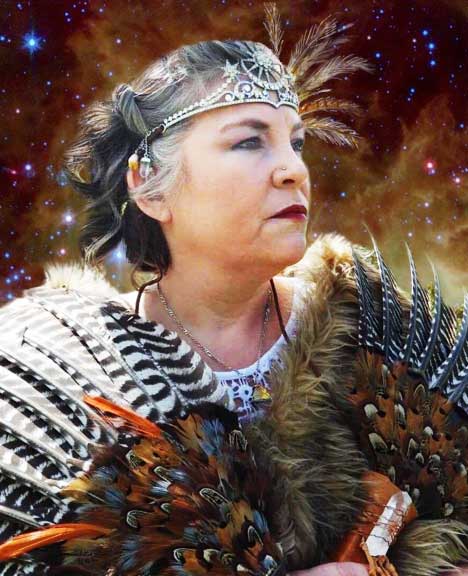 A voice for the voiceless

When spirit wants you to develop your psychic gifts, sometimes the message can be jarring.

In Shelley’s case, she was driving home from work one evening and suddenly found a person she did not know sitting in the passenger seat.

“It was a spirit – someone who had crossed over,” she says. “I got a really good look at him. It was a really shocking experience.”

She mentioned the experience to a friend, who began crying when Shelley described the man – it was the woman’s father.  “His message to her was that he was okay,” she says. “and he would be waiting for her mother, who was going through some medical issues.”

It took several years of studying with other mediums for Shelley to fully accept her calling, saying that it was difficult to ignore the experiences she was having.

Shelley says that she often will do a combination of tarot reading and mediumship.  She says that she will send her spirit guides into the other realm to make contact with a crossed-over relative.

Shelley says that her specialty has become giving a voice to those who did not have one while they were alive.

“I work a lot with women who have been abused,” she says. “I wind up getting a lot of spirits to use me to come through and apologize to the person sitting in front of me.  I get to deliver a lot of amazingly healing messages.  I am humbled that spirit does that.”

She also runs a women’s circle, to allow abused women to work through the trauma and integrate their shadow, to become whole again.

Shelley says that she herself was sexually molested when she was a child, which may account for the reason that spirit has chosen her to be a messenger for the voiceless.

“A lot of these spirits need love and want to express what they were unable to express when they were alive,” she says.  “It is a healing experience for the client – as well as their crossed-over loved one.”